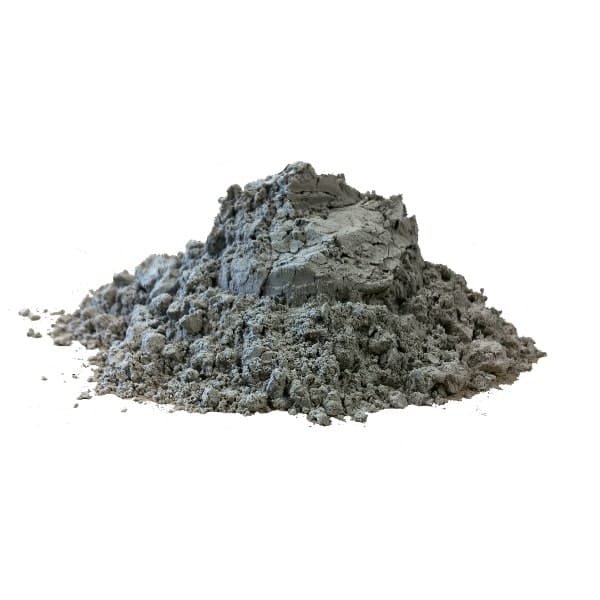 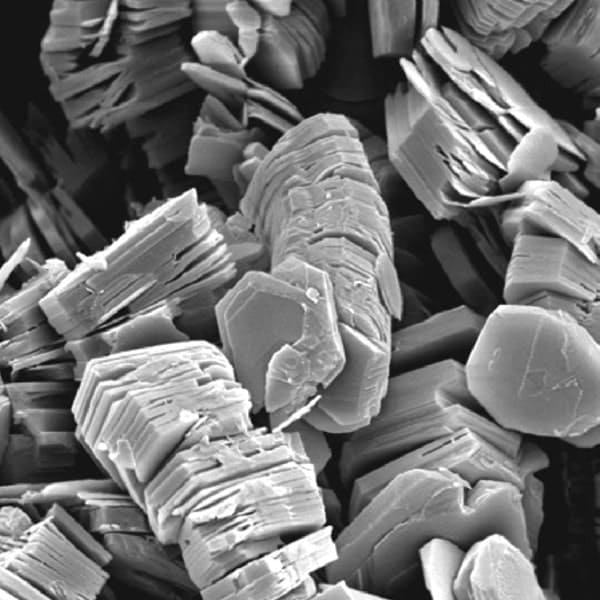 There is a wide variety of mineral fillers available to improve the performance of thermoplastics.
Chalk and carbonates:They have a variable size and are mainly used as a filler and also as a flame retardant.
They are used to reduce shrinkage during molding. Wood floor provides good electrical properties and impact resistance.

Silica (SiO2): in its pure state or combined with metal oxides is used as a filler in different forms, depending on its origin, crystallinity, hardness and particle size.
Its incorporation into the resin improves the dielectric properties, heat and moisture resistance of molded objects.
It also increases the glass transition temperature, Young's modulus and compressive strength, and reduces swelling in solvents.

Silica sands: Purified and finely ground, they are widely used in a large number of resins for their resistance to heat, abrasion, chemical agents, and their thermal (not electrical) conductivity.
They are mainly used as fillers.
The density of silica sand is 2.7.

Quartz: It is a natural form of crystallized silica of very high purity. Its Mohs hardness is 7.0 and its density 2.65. It is both pyroelectric and piezoelectric.
Quartz powder, having a high specific surface area, lowers the glass transition temperature and improves mechanical strength.

Diatomaceous earth flour: it is a form of fossilized silica, consisting of skeletons of marine microorganisms.
Its use in resins is intended to improve the thermal and chemical resistance, as well as the dielectric properties of the compositions.
Its Mohs hardness being only 1 to 1.5, it is much less abrasive than quartz and gives resins good electrical, thermal and phonic insulation properties.

Among their characteristics, we will note:
- low Mohs hardness: 1.01;
- good inertness to chemical agents;
- easy coloring;
- good thermal stability up to 300°C;
- low thermal conductivity;
- good resistance to thermal shock;
- non-toxicity (adjuvant in accordance with the regulations of the materials in food contact);
- ease of distribution in the matrix.

Talc powders are used to improve thermal insulation and water resistance, and to facilitate the molding operation.
Talc is the most commonly used filler in thermoplastics. It gives them better creep resistance and greater rigidity.

Wollastonite: It is a calcium metasilicate (CaSiO3), obtained by granulation and refining of natural wollastonite.
This filler comes in different forms: needles, granules, fibers. Its characteristics are as follows:


In particular, it improves resistance to ultraviolet radiation and hydrolysis. It is also used to ensure good dimensional stability, thermal and electrical insulation, and allows shrinkage control during molding.
Starch: They are carbohydrates contained in plants in particular polysaccharides having the general formula (C6H12O5)n.
The polysaccharides are obtained from cereal seeds (wheat, barley, rice, corn).
These various starches are very different in size and configuration: the smallest are those of rice (3 to 7 μm); those of corn make from 15 to 20 μm, those of wheat from 20 to 30 μm.
The starches are used as fillers to obtain plastics with controlled biodegradability.

Clay and alumino-silicates: these mineral substances are largely composed of silica (42-70%) and alumina (14-45%).

- Kaolin: Of Mohs hardness 2.5, kaolin is a frequent filler. Despite its poor dispersion in resins, it is used for the good electrical and melt flow properties of compositions containing it.

- Vermiculite: it is used as a low-density filler (2.4) in glass fiber reinforced plastics. Its Mohs hardness is 1.5.

- Nepheline-senite: it is an anhydrous silicate of aluminum, potassium and sodium with remarkable uniformity.

- Mica: can be black (biotite), dark brown (phlogopite) or white (muscovite).
Their Mohs hardness is about 3.0.
Mica increases the dimensional stability of castings; it improves electrical and thermal properties, resistance to acids and bases, and reduces water absorption.
Compared to glass fibers, it provides lower impact resistance and, when mixed with glass fibers, it reduces costs.

To improve the interfacial adhesion between the polymer matrix and the mica, silane-based coupling agents are generally used. The use of mica improves the tensile stress value at the yield point.

Barium Titanate: this charge weakens and stabilizes the dielectric properties.
Its density is 5.91

Molybdenum disulphide: it lowers the coefficient of friction, it also has a power of decrystallization.
Used at an incorporation rate between 4 and 5%, it has the disadvantage of being expensive.
Its density is between 4.5 and 5.

Potassium Titanate: Facilitates the implementation and increases the dimensional stability of the parts. 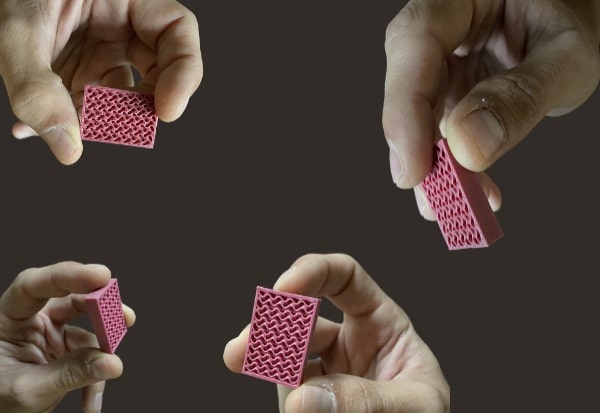 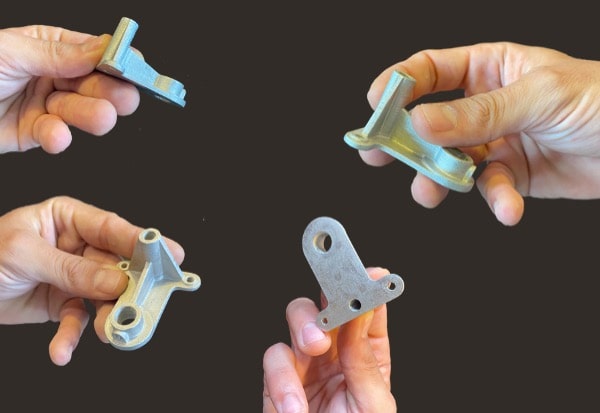 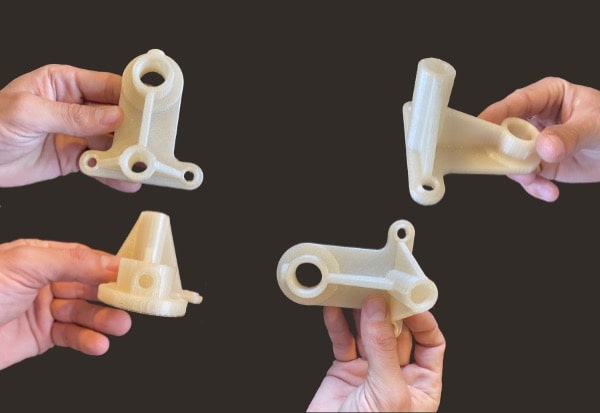 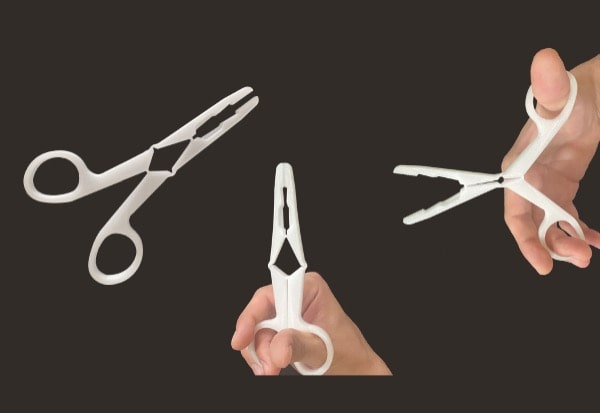 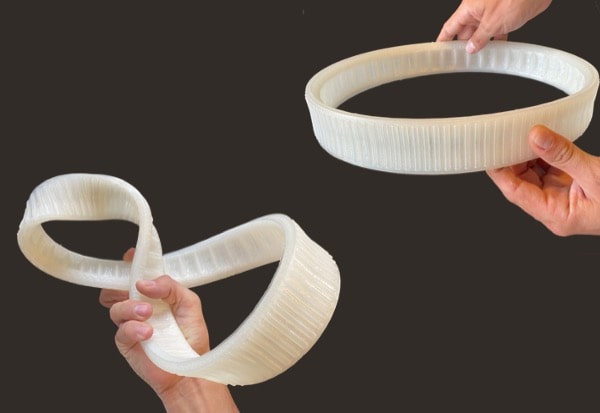 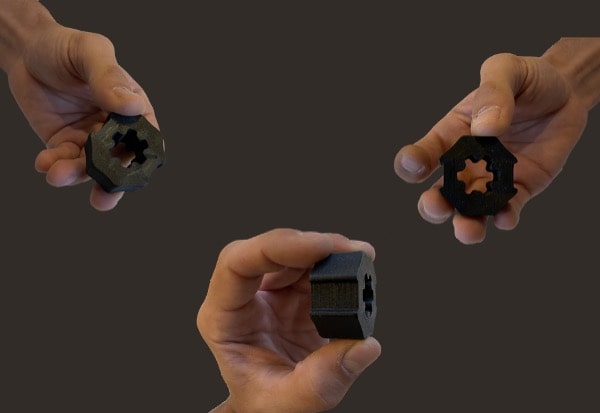